The national flag of Afghanistan (Pashto: د افغانستان رپی‎; Dari Persian: پرچم افغانستان) consists of a vertical tricolor with the classical National Emblem in the center. The current flag was adopted on 19 August 2013, but many similar designs had been in use throughout most of the 20th century. 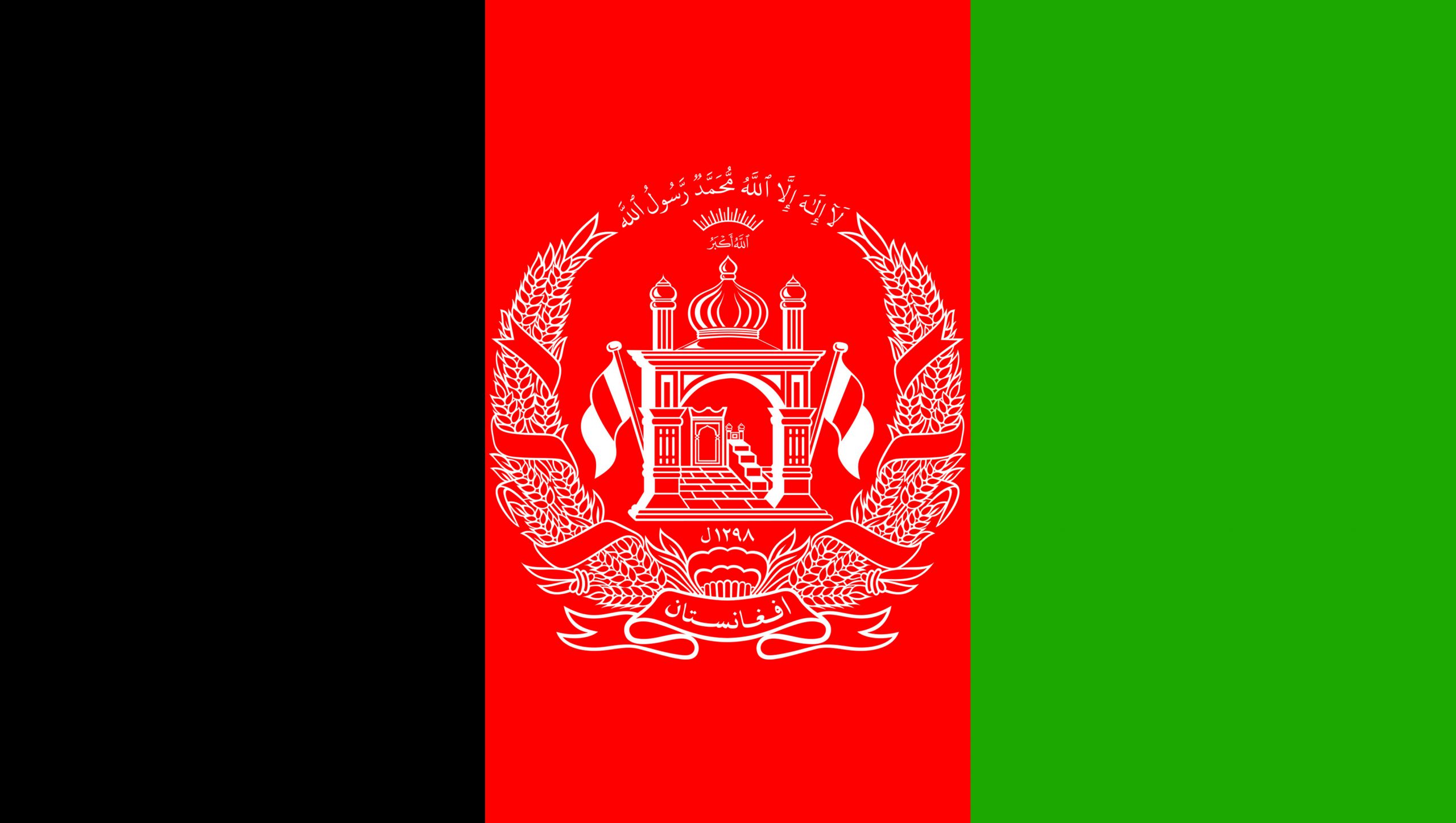